“Alize Abla, what is this ‘capitalism’ you keep talking about?” Ahmet[i] asked one day. He is very smart, this 11-year-old boy, eavesdropping and asking questions with perennial curiosity.

“You really want to know about it?”

“Yes! I hear you talking about it with the other abi’s all the time.”

He means the other abis and ablas[ii] who come to their house in Tarlabaşı, the Istanbul neighborhood that I have been frequenting in an attempt to weave myself into a beautiful network of an everyday solidarity group. Ahmet’s mother and father have been living in the neighborhood and in the city of Istanbul for a very long time. Through the intertwined connections and friendships they developed, both within the neighborhood and in the city, they have been exercising what they call solidarity. An undocumented African friend needs to go to the doctor? They take him to a doctor they know who doesn’t require papers. There is a dispute? They devise ways to solve them. Somebody’s birthday is coming up? They bring together people within and outside of the neighborhoods (such as Ahmet’s abis and ablas) to organize a celebration on the street. In short, they uphold the neighborhood through everyday forms of care, with the members and friends of the neighborhood.

Academics, artists, journalists, and many others have often discussed Tarlabaşı as a site of failed resistance to top-down urban transformation. Yet it is far from a failure. To me, it has been a point of gathering, a space bringing together the many, many constituencies of Istanbul into conversation—but more importantly, also bringing people together to practice various forms of care. And in doing so, capitalism comes up, from time to time—or most of the time.

“Okay, Ahmet, I’ll bring you something to read. But then you have to read it! We’ll discuss it and I’ll give you some tasks, like I do with my students at the university. Would you like that?”

I went to a bookstore the next day and bought a copy of The Ghost of Karl Marx (Marx’ın Hayaleti in Turkish), one in a series of graphic novels for children aiming to warm them up to philosophical figures.[iii] Ahmet and I started reading this book together. Just like with my students at the university, we would discuss each chapter as we progressed through the book. I would give him some prompts, and he would write or draw about them. At the end of the book, I said:

“Now, I want you to think about three examples in your daily life in the neighborhood that make you think about capitalism. Write them down, or make some drawings too, if you like. Then, we’ll talk about them.” 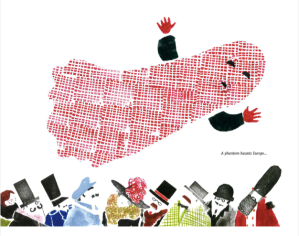 Figure 2. An illustration by Donatien Mary in The Ghost of Karl Marx, visualizing Marx’s famous provocation, “a specter is haunting Europe.”

The graphic novel version of Marx provoked him to think through all these stories he sees, hears and experiences in Tarlabaşı, a reputational geography equated with the “dark” side of the city: of the drug economy, of “dirty” street food, of sex work in various forms, of stealing, and of much seen as illicit in Istanbul. However, as I learned from Ahmet and many others, this relegated darkness in fact sustains the city. It produces livelihoods and supplies the infrastructure for entertainment districts and lively public spaces. It is also imbued with many layers of injustice: from those imposed by the attribution of this darkness, to those existing within the neighborhood between individuals or groups—that complex social terrain of gender, race, ethnicity, migration, and social capital. In Ahmet’s response, composed of three bullet points, this complexity was outlined so succinctly. Ahmet’s mother told me that he was constantly looking out the window as he was contemplating the list below, literally drawing on his street for examples.

Figure 3. A short excerpt from the piece of paper on which Ahmet listed his examples of capitalism. The names featured in the piece of paper are redacted, both in this visual, and the English translation of Ahmet’s writing. The parts underlined in the text corresponds to the words Ahmet himself chose to underline. 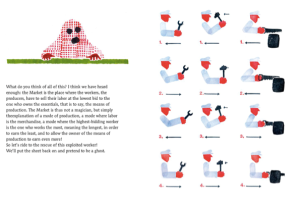 Figure 4. Ahmet told me that these pages in The Ghost of Karl Marx, particularly the following words influenced his thinking: “I think we have heard enough: the Market is the place where the workers, the producers, have to sell their labor at the lowest bid to the one who owns the essentials, that is to say, the means of production”.

Conventional anthropological thinking generally regards the production of theoretical knowledge as something exclusive to the realm of academia. “The field” is for gathering ethnographic data, and it is for the (aspiring) academic to add value to it by interpreting it and making it “theoretical.” But increasingly, scholars are challenging the strict compartmentalization of fieldwork and production of theory —and, in many cases, the communities with whom we have been working have been aware and critical of this false dichotomy for a long time. On that piece of paper where Ahmet wrote his thoughts, I was not the one doing the interpretation. I was not the one thinking through capitalism, the informal economy, or public life in neighborhoods commonly associated with certain reputational geographies. “Capitalism” was no longer a term tossed around by Ahmet’s abis and ablas who had the means to study in universities. Neither was it a term used within “teaching,” an activity which graduate students are advised to altogether avoid, if possible, and if not, to devote minimal time to.

Ahmet’s curiosity about what capitalism is instilled in me a curiosity about what he might think capitalism is and how he might situate capitalism in his surroundings. Ahmet himself propelled me to think with him and the ghost of Marx. His curiosity provided a push to blur the constructed boundaries between theory, fieldwork, and pedagogy—a push that was very thought-provoking for both of us. In turn, I invited him to engage in this theoretical material along with me. His engagement contextualized the ghost of Marx in Tarlabaşı, literally translating theory to everyday life as it took place. This practice of theory-in-Tarlabaşı which Ahmet and I developed in dialogue, back and forth, extended far beyond “going back to the field and discussing/presenting results of our research,” the oft-repeated iteration of “best practice” in engaged ethnography. I was no longer the sole translator of theory to the mundane (and vice versa). Nor did theory and pedagogy belong only in university classrooms anymore. Streets, theoretical concepts, thinking together, and “the field” all came together, thanks to the practice that emerged between Ahmet and I, beautifully haunted by the ghost of Marx.

Through the paper on which Ahmet listed his examples of capitalism in his neighborhood, we learned a lot from each other. That piece of paper has a lot to learn from, not just for me, but other ethnographers, researchers, journalists, and the like.

[ii] In Turkey, it is customary to call people brother (abi) or sister (abla), added after their names, connoting endearment and respect. They are widely used expressions regardless of one’s level of intimacy with the addressee.

Alize Arıcan is a Ph.D. candidate in anthropology at the University of Illinois at Chicago. She is interested in urban transformation, everyday practices and solidarities in changing neighbourhoods, temporalities and spatialities of resilience and movement. Alize has done fieldwork in the Tarlabasi neighbourhood of Istanbul in the process of urban transformation, with communities anticipating, negotiating and rearticulating the meanings and outcomes of this process. Web: www.alizearican.com